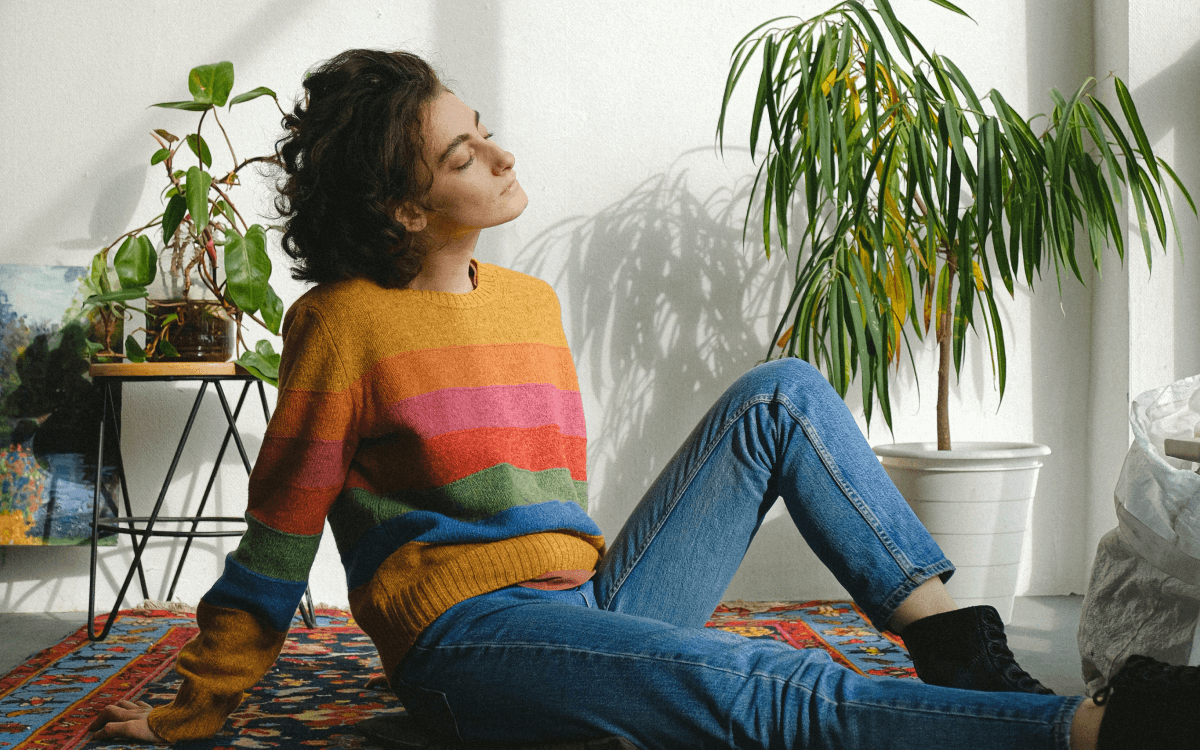 If you’re someone who menstruates, you’re probably familiar with some of the common symptoms that can come with premenstrual syndrome (PMS) and menstruation.

But apart from menstrual cramps, cravings, mood swings, and bloating, some people may even notice changes in cognition, memory, and mental clarity during specific times in their menstrual cycle.

So, what causes these types of changes and why do some people experience brain fog during menstruation? In this article, we’ll explore the connection between the menstrual cycle and the brain.

What is Brain Fog?

Brain fog is a term used to describe cognitive symptoms such as the inability to focus or concentrate, forgetfulness, and the feeling that your mind is sluggish and fuzzy. Lack of sleep, fatigue, poor nutrition, certain drugs or prescription medications, or inflammation in the brain are just a few factors that may lead to symptoms of brain fog.

Brain fog may also be experienced as one of the many symptoms that may worsen as part of premenstrual dysphoric disorder, or PMDD, but causes are not yet well understood.

Many people report experiencing problems with memory, focus, and attention during their period, but so far there is very little evidence to support an association between these symptoms and the hormones that cause the menstrual cycle.

How Hormones Impact the Brain

We know that hormones play a central role in many functions that impact the central nervous system and brain function, but research on cognitive changes during menstruation have produced conflicting and inconsistent results. Here’s what we know about how hormones affect the brain.

The menstrual cycle is a process in which the uterine lining is shed in response to the interaction of hormones produced by your hypothalamus, pituitary glands, and ovaries. This shedding results in menstruation, when blood and tissue exit the body through the vagina.

Estrogen, progesterone, and luteinizing hormone are just a few of the hormones involved in this cycle. These hormones fluctuate during the process of menstruation, which occurs in two phases: the follicular phase and the luteal phase.

While the evidence supporting brain fog as a direct result of sex hormones is still unclear, there is evidence that these hormones do have an effect on brain function. Sex hormones like estrogen can influence the hypothalamus and the hippocampus in the brain, which are areas that are involved in emotions, perception, memory, and the processing of sensory information.

Estrogen also influences the brainstem and neocortex, which are involved in motor function, language, emotional and sensory information, and consciousness. Menopause, which signals the end of your menstrual cycle, is often accompanied by changes in these cognitive functions as a result of changing estrogen levels.

Studies also show that these hormones influence neuroplasticity. Neuroplasticity is a term that refers to our brains’ ability to modify and adapt its structure and function in response to life experiences. This helps your brain to prepare you to respond to new situations and cognitive, emotional, or behavioral demands, such as puberty, parenthood, and aging.

While there isn’t a lot of evidence to indicate that the menstrual cycle directly causes brain fog, this may be due to the fact this field of research is ongoing and limited. Many studies of this topic have been observational and have had small sample sizes, which reduces the reliability of the research findings because of the possibility of false-positive or false-negative results.

With these methodology flaws in mind, let’s take a look at what the research says about how hormones affecting the menstrual cycle may also affect brain function.

What We Know So Far

The current research linking sex hormones and cognitive ability is conflicting. Some studies have linked sex hormones like estrogen and progesterone to changes in cognitive performance, stating that estrogen fluctuations and hormonal changes occurring during the menstrual cycle are associated with changed in verbal memory.

Other studies, however, show opposing results, citing that differences in things like verbal memory, verbal fluency, and visuospatial ability across the menstrual cycle are “small and difficult to replicate.”

The menstrual cycle can also have an effect on how the brain metabolizes glucose. One study reported significantly higher glucose metabolism for the mid-follicular menstrual cycle phase in various regions of the brain.

A study of twenty-one women also reported an increase in gray matter in the right anterior hippocampus section of the brain during the follicular phase of the menstrual cycle. This part of the brain may be involved in the formation of emotional memories, the processing of facial expressions, the integration of emotion and cognition, and controls our hormonal stress response.

This early research provides some insight into the impact our hormones have on brain function, but more research is needed to establish direct links.

What You Can Do To Support Hormonal Balance

Though research on the connection between brain fog and menstruation is currently limited, you may still benefit from some evidence-backed tips for supporting brain and hormonal health. Focus on these to help combat any menstrual cycle side effects and hormonal imbalances.

Protein is required for your body to produce peptide hormones, which regulate your growth, metabolism, digestion, hunger, satiety, and cell growth. Protein also provides essential amino acids that are crucial for cognitive function.

Seafood, soy, eggs, legumes, and poultry are all excellent options to include in your diet to help you reach your daily recommended protein intake.

Essential fatty acids, particularly omega 3 fatty acids, are among the most crucial molecules that determine your brain health and performance. They are also the building blocks for the hormones that regulate blood clotting, inflammation, and the function of your arteries.

Studies have also shown that polyunsaturated fatty acids like omega 3 may play a role in regulating sex hormones like testosterone. Fish and seafood, particularly fatty fish like salmon, tuna, mackerel, and sardines are all good sources of omega 3 fatty acids.

3) Include a Variety of Fruits and Vegetables

Fruits and vegetables contain lots of nutritious vitamins, minerals, and fiber, an essential nutrient that helps your body release hormones that signal satiety. Studies also show that fiber from fruits and vegetables may help reduce your chances of breast cancer by regulating estrogen levels.

A diet high in fruits and vegetables is also crucial for cognitive function, and may help reduce the risk of cognitive decline associated with aging.

Studies show that large amounts of alcohol can disrupt communication between your nervous, endocrine, and immune systems and cause hormonal disturbances that can affect your mental and physical health.

The FDA recommends consuming no more than 400 milligrams of caffeine per day, which equals four to five cups of coffee.

These are generalized recommendations, however, and some people may find they feel better with smaller amounts. Some studies have observed that alcohol may have an impact on estrogen levels in amounts less than one drink per day. We also see that some research suggests as little as 200 mg of caffeine per day may influence estrogen levels.

Processed foods tend to be high in added sugars and unhealthy fats. Studies show that high-fat and high-sugar diets may impair hormone signaling and lead to reproductive diseases like ovarian cysts. Sugar may also have a negative effect on memory, mood, and learning and neuroplasticity.

The American Heart Association recommends limiting your added sugar consumption to no more than six percent of your daily calorie intake. For most people, that translates to no more than 100 calories per day from sugar, which is about six teaspoons or 25 grams of sugar.

Drinking enough water is crucial for your health. Dehydration can negatively affect some cognitive functions, including attention, psychomotor skills, and immediate memory skills.

The amount of water you should drink can depend on several factors, but about 15.5 cups of fluid per day is recommended for men, and 11.5 cups of fluids for women. However, your fluid needs can vary depending on climate, activity level, and other factors. Assessing urine color is one way to gauge hydration more successfully.

High blood sugar can negatively affect your hormone balance, particularly when it comes to insulin, a hormone that helps your body absorb blood sugar and use it for energy. Some studies have shown that altered cortisol levels may be associated with premenstrual syndrome.

Glucagon, amylin, cortisol, epinephrine, and growth hormone are other hormones that are affected by your blood sugar levels. Blood sugar-related conditions like diabetes can affect the production of these hormones. Blood sugar imbalances can also affect cognitive function, potentially leading to poor concentration and poor sleep.

Eating enough fiber, getting appropriate exercise, sleeping seven to nine hours per night, and managing stress are some things you can do to help improve your blood sugar response. Learn more about balancing your blood sugar here.

How Does Stress Affect Your Period?

Cycle Syncing: Does it Work?

Magnesium for Menopause: Does it Help? 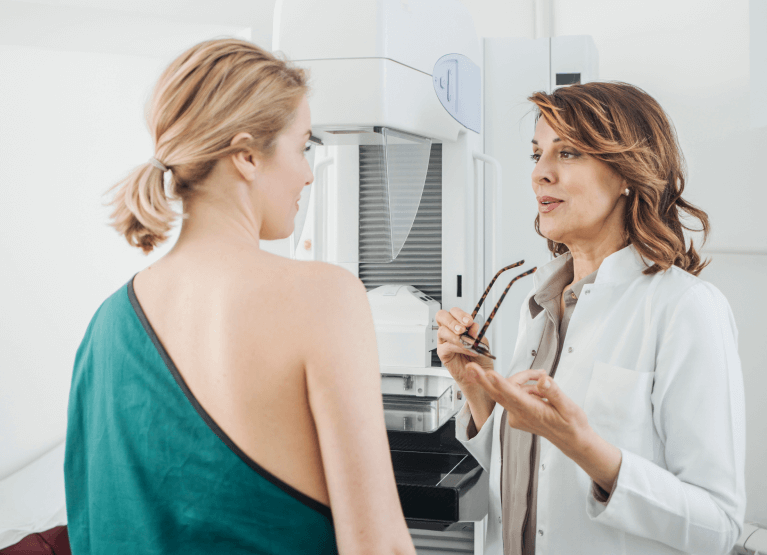