Can Stress Cause Acid Reflux? If you’ve ever experienced acid reflux, you’ll know that it can be quite an unpleasant sensation. This gastrointestinal condition occurs when stomach acid travels back into your esophagus, or the tube that connects your mouth and stomach.

Acid reflux can be caused by a number of things, including diet and other lifestyle factors. However, some people also find that the symptoms of acid reflux worsen during stressful situations.

So, could stress be causing your acid reflux, and can it make your symptoms worse? Read on to learn more about the link between digestive health, gastrointestinal issues, and stress.

What Is Acid Reflux?

Your esophagus carries food from your mouth to your stomach when you swallow. A muscle at the bottom of the esophagus (called the lower esophageal sphincter, or LES) relaxes to let the food into the stomach and then tightens again. If the LES isn’t working properly, stomach acid can flow back into the esophagus. This is called acid reflux.

Acid reflux causes heartburn, which is the burning feeling in the chest caused by the stomach acid that has backed up into your esophagus. Heartburn can feel worse in the evening, or if you're bent over or lying down. The physical symptoms that can be caused by heartburn may include:

Occasional heartburn is common and may not require medical attention. It can usually be managed with lifestyle changes and over-the-counter medication.

Seek medical advice if your heartburn occurs more than twice a week or persists even when using over-the-counter medications such as antacids. If your heartburn is frequent or interferes with your daily routine, it could be a symptom of something more serious, like GERD.

Gastroesophageal Reflux Disease, or GERD, is chronic acid reflux, or acid reflux that happens repeatedly over time. The constant flow of stomach acid back into the esophagus can cause irritation of the lining of your esophagus, leading to inflammation.

GERD can usually be managed by lifestyle changes or medications, but occasionally people with GERD may need surgery to ease the symptoms.

Symptoms of GERD may include:

If your acid reflux recurs at nighttime, you might also experience:

The Link Between GERD and Inflammation

Studies have found that GERD can cause inflammation in your esophagus, even leading to damage to the esophageal lining in some people. This inflammation can cause scar tissue to form and has also been shown to cause problems swallowing.

The inflammation can also cause changes in the tissue of your lower esophagus, which is thought to be one of the causes of a condition called Barrett’s esophagus. Talk to your primary care doctor or a gastroenterologist if you experience symptoms of GERD, or take over-the-counter heartburn medications more than twice a week.

There is research that has shown links between stress and the digestive system. For example, irritable bowel syndrome (IBS) is often associated with psychological stress. But what about acid reflux?

One 2009 study that surveyed 65,333 people found that those who experienced stress from their job were twice as likely to have GERD than those who reported high job satisfaction. Another 2015 study of GERD patients found that “feelings of continued stress” was the most common lifestyle factor that increased their symptoms.

Interestingly, studies conducted on mice have found that mice subjected to stress experienced a weakening of the inner lining of the esophagus, making them more vulnerable to reflux. However, it’s also possible that some of the severity of acid reflux symptoms caused by stress are psychological.

Are Anxiety and Depression Connected to Acid Reflux?

However, other research has shown that anxiety and depression may not significantly affect the number of acid reflux episodes or the amount of time the esophagus is exposed to acid, even though participants reported more severe symptoms.

Some studies also suggest that medications used to treat anxiety and depression can increase the risk of acid reflux. Tricyclic antidepressants specifically, which are used to treat depression, were linked to a higher likelihood of developing acid reflux.

Selective serotonin reuptake inhibitors, or SSRIs, another medication used to treat depression, may have a negative effect on esophageal motility in some people, causing reflux episodes. Benzodiazepines, which are used to treat anxiety, were also observed to lead to nocturnal episodes of acid reflux as one side effect of the medication.

How Can I Reduce the Risk of Acid Reflux?

As mentioned above, there do appear to be possible links between stress and severity of acid reflux and GERD symptoms. Luckily, there are many steps you can take that may be beneficial for relieving stress in your life.

Here are some changes that you may try out to support stress management:

Alcohol is known to relax the LES muscles, allowing acid into the esophagus and causing heartburn symptoms. Alcohol in itself is also a risk factor for developing GERD.

Like alcohol, caffeine can also decrease LES tension, causing acid reflux and heartburn. This is particularly true when it comes to coffee —  even decaf coffee is associated with an increase in stomach acid and LES relaxation.

Consider limiting caffeinated beverages like coffee, tea, and soda if you experience heartburn.

Obesity can be a risk factor for developing GERD. Individuals with obesity may have a greater chance of decreased esophageal motility, increased relaxation of the LES, and hiatal hernia, all of which can lead to acid reflux and GERD.

There is also evidence to suggest that smoking cigarettes can increase your chance of developing acid reflux. In one study, long term smoking resulted in lowered LES pressure and even increased the occurrence of acid reflux episodes.

If you need help to quit smoking, nicotine patches, gum, and lozenges may help, which are usually available over the counter.

Certain foods can have been shown to be associated with heartburn and increased risk of acid reflux. These include spicy foods, high-fat and fried foods, and citrus fruits like oranges, lemons, and limes.

Eating late at night may also increase the risk of heartburn and GERD symptoms. To avoid the risk, researchers suggest aiming to not eat within three hours of bedtime.

Sleep disorders are associated with an increased risk of developing GERD, though the precise relationship is unclear. Likewise, GERD can affect the quality of sleep you get, mostly because of the pain associated with heartburn symptoms.

To get a better night’s sleep, try implementing sleep hygiene techniques into your routine. Start by having a consistent sleep schedule (even on weekends), trying not to go to bed hungry, avoiding large meals within a few hours of bedtime, limiting long naps during the day, and creating a restful environment in your sleep space. 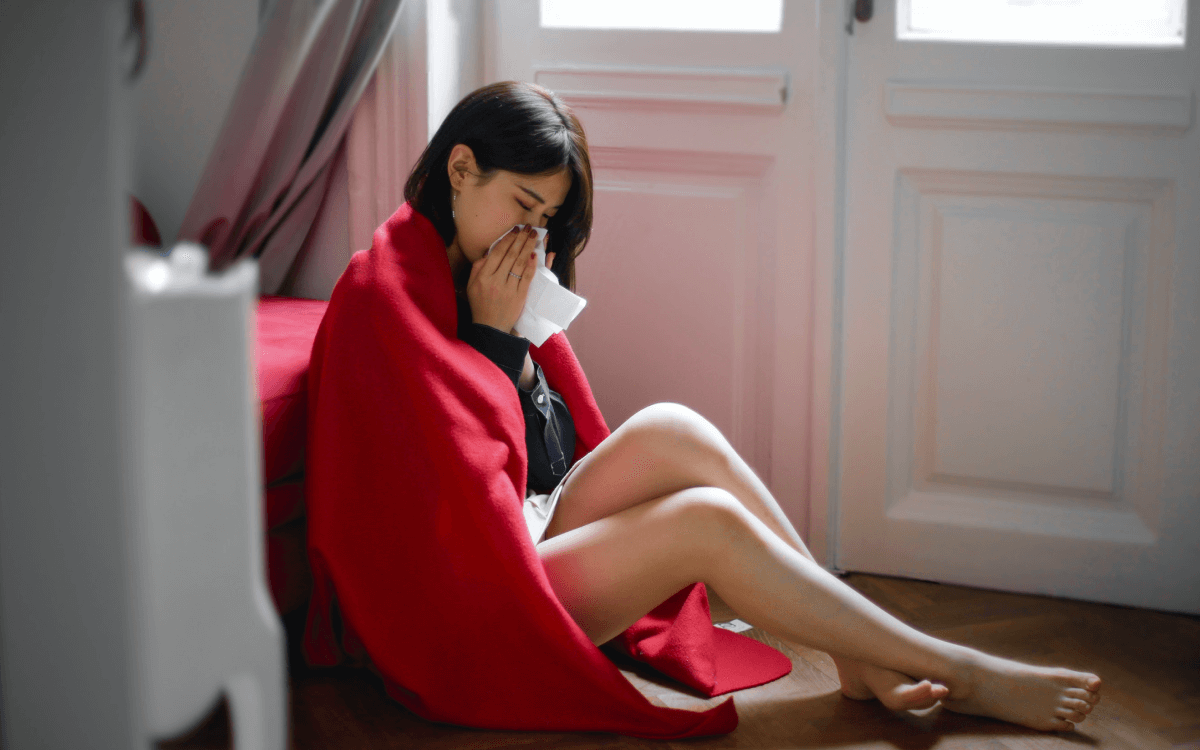 Can Stress Make You Sick? 9 Symptoms to Watch Out For

Everything You Need to Know About How Stress Affects Prediabetes