Stevia vs Splenda: Which is Healthier? Stevia and Splenda are two low-calorie sugar substitutes that are widely available in grocery stores and restaurants across the United States.

If you are trying to limit your refined sugar intake but like to enjoy some sweets every now and then, it’s likely that you have encountered these two sweeteners. But is one healthier than the other? And what effect can they have on your health?

Read on to learn more about the similarities and differences of stevia and Splenda.

Splenda is a brand of zero-calorie artificial sweetener. It is made from sucralose, which is the only non-caloric sweetener made from sugar. Sucralose is made by replacing three hydroxyl groups in sugar with three chlorine atoms.

Sucralose is 600 times sweeter than sugar and is one of the five artificial sweeteners approved for use by the FDA. Because sucralose cannot be broken down by the body, it imparts zero calories when eaten.

Splenda also contains dextrose and maltodextrin, which are preservatives and sweeteners made from starch. Splenda is available in packets, as a granulated sugar substitute, and in liquid form.

Stevia leaf extract is a natural sweetener with zero calories. It is derived from a perennial shrub plant called Stevia rebaudiana. The shrub is part of the Asteraceae family, which also includes daisies, sunflowers, marigolds, artichokes and lettuce.

Stevia’s sweetness comes from compounds called stevioside and rebaudioside A and C, which are 200 to 300 times sweeter than table sugar, or sucrose.

You can purchase pure stevia from brands like SweetLeaf or In the Raw, but keep in mind that some brands of stevia may add highly processed sugar substitutes to the mix, so you will want to read the ingredient list of the product you purchase.

Stevia and Splenda may look similar at first glance, but they are actually quite different. Let’s take a look at some of their differences.

Stevia (or stevia extract) is considered to be a type of natural sweetener, while sucralose is an artificial sweetener. Natural sweeteners come from natural sources that contain calories and nutrients that are metabolized by the body.

Artificial sweeteners, on the other hand, are synthetic sugar substitutes that have virtually no calories. These sweeteners are regulated by the U.S. Food and Drug Administration as food additives. They are often much sweeter than sugar, meaning that you usually have to use less of them to get the same effect as table sugar.

Currently, artificial sweeteners like sucralose are considered safe by the FDA.

How Are They Used?

As we mentioned, stevia is sold as a tabletop sweetener under many brand names, including Splenda Naturals, Stevia in the Raw, and Truvia. It is sold in single-serving packets, in cubes, in granulated form, and in liquid form depending on its intended uses.

Splenda is sold as a tabletop sweetener in liquid form, granulated form, and in single-serving packets. Sucralose, the main sweetening ingredient in Splenda, can also be found as a sugar substitute in many commercial foods, including ice cream, beverages, and baked goods.

Though it is approved by the FDA for general use, some studies have shown that heating splenda can potentially generate toxic compounds, so you may want to avoid using it in baking.

Stevia is about 200 times sweeter than sugar. Some people find that it leaves a bitter aftertaste. This is because some of the compounds that give stevia its sweet taste can also activate some bitter taste receptors on your tongue.

Splenda, on the other hand, is 600 times sweeter than sugar. Because it’s the only sugar substitute made from sugar, sucralose has a very sugar-like taste without the bitter aftertaste sometimes present in stevia.

Possible Side Effects and Health Concerns

Alternative sweeteners may be associated with negative side effects. Let’s take a look at the possible side effects of Splenda and stevia.

While some studies show sucralose has no effect on blood sugar or insulin production, other studies suggest that it may decrease insulin sensitivity. Studies also show that maltodextrin, another ingredient in Splenda, may lead to blood sugar spikes in some people.

As mentioned above, some studies show that Splenda can generate toxic compounds when heated above 250 degrees Celsius, or 482 degrees Fahrenheit. Currently, it is regarded as safe by the FDA, but more research may be needed to determine potential side effects.

Some research indicates that sucralose may have a negative effect on the bacteria in your gut microbiome. Animal studies have suggested that sucralose’s interaction with gut bacteria may play a role in chronic inflammation, but more research is needed to establish a link.

Stevia is associated with very few side effects, but studies have shown that stevia may also negatively affect the bacteria in your gut microbiome, though more research is needed to determine the risks.

What are the Pros and Cons of Splenda?

Like many products, there are some pros and cons to Splenda.

Pros and Cons of Stevia

Let’s take a closer look at some of the benefits and drawbacks of stevia.

Stevia vs Splenda: Which is Healthier?

Stevia and Splenda are both calorie-free sweeteners that have been approved for use as a sugar substitute by the FDA.

As we mentioned earlier, stevia doesn’t appear to have an effect on blood sugar or insulin production as a natural sweetener.  It is generally associated with very few side effects, but studies suggest that it may have a potential negative effect on healthy gut bacteria in some cases.

Similarly, Splenda has also been observed to negatively affect gut bacteria. However, unlike stevia, some research suggests that the maltodextrin in Splenda may lead to blood sugar spikes in some people.

When taking all this into account, it seems that stevia may have fewer potential side effects in general. While stevia may be a healthier choice if you are looking for a sugar substitute, you should consult a dietitian or medical professional for advice based on your personal health needs or health concerns. 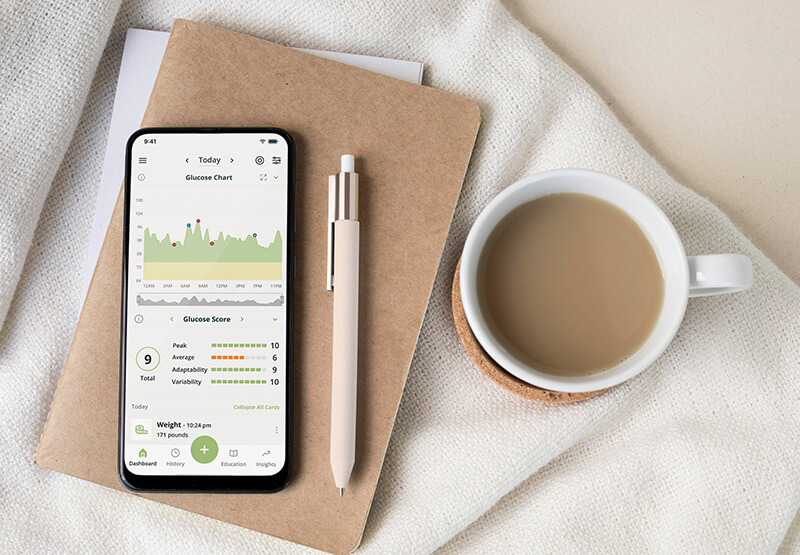 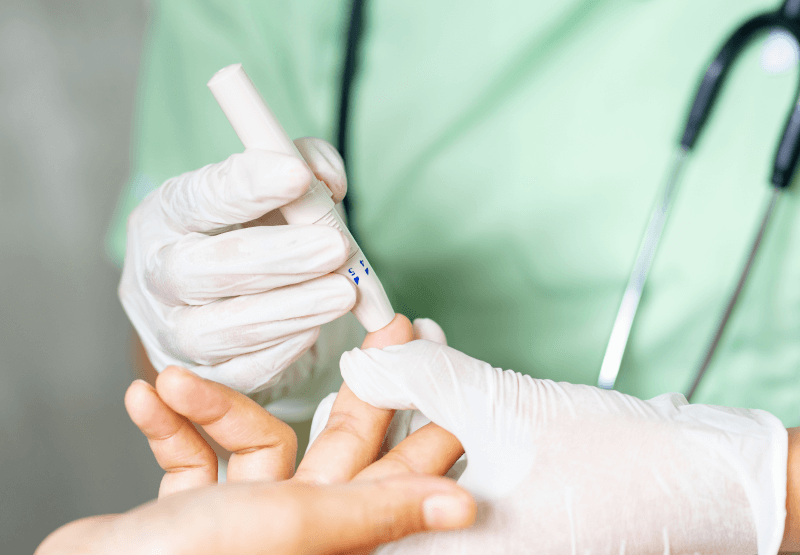