Glucose 101: How Insulin and Glucagon Work

If you really want to understand how to manage your blood sugar levels, you should get to know your hormone functions.

‍Insulin and glucagon are essential building blocks of human biology. If you're monitoring your glucose levels for health and optimization reasons, it helps to know the nitty-gritty of the relationship these hormones have.

Our bodies work hard to continually keep our glucose in a tight range—only a few teaspoons are found in the bloodstream at any time. Insulin and Glucagon are the two hormones that work as opposing forces to constantly regulate glucose levels.

When insulin and glucagon are working in perfect harmony, our blood sugar levels will stay nice and balanced. But what happens if they are not in sync? Let’s take a look at how these two hormones keep your blood sugar within healthy limits.

What are Insulin and Glucagon?

Hormones are chemical messengers. Their job is to carry instructions from one set of cells to another. For example, when certain situations occur (like eating a large carb-heavy meal), the beta cells in the pancreas instruct the release of insulin. Insulin is an anabolic hormone, meaning that it promotes growth. It has many functions, including lowering glucose values.

Insulin helps your cells take up glucose and use it as energy - or store it for future use. Without the messenger insulin, cells cannot use glucose as fuel, which can lead to them not working properly. If your body doesn’t make enough insulin, it can cause your blood sugar levels to rise.

Glucagon is a hormone released from the alpha cells in the pancreas. Its chemical messenger effect is the opposite of insulin. Its primary function is to raise glucose levels if they get too low.

Glucagon is a catabolic hormone, meaning that it breaks down larger molecules. If blood sugar levels are low, glucagon tells your body to break down glycogen (stored glucose) in the liver to release glucose and increase glucose levels.

How insulin and glucagon work together

So, we’ve touched on the very basics. Insulin lowers your blood sugar levels, and glucagon raises them. They work opposite of each other, but also work together. However, there is a bit more to it than that.

Healthy individuals release insulin throughout the day in small quantities to constantly keep their glucose in that tight range mentioned earlier. But, when we eat (especially carbohydrates), we release a larger burst of insulin. After meals, your body goes into something called the ‘fed state’. In this state, insulin is at its highest, and you get your energy from the food you are eating.

Our digestive system breaks down the food we eat, and then the gut absorbs the glucose released from our food into the bloodstream -- raising blood sugar levels. This is when the hormones kick in. The rise in blood sugar stimulates the pancreas to release insulin. Insulin enables your body to take glucose out of the bloodstream into the cells so that they can use it for energy or store it for later.

Insulin has both upregulatory and deregulatory actions. Cells use upregulation to increase their sensitivity to a specific hormone.  Deregulation means precisely the opposite and is when a cell makes itself less sensitive to a hormone.

Insulin is the key that allows your body to transport glucose and use it or store it as energy.

First, it allows your cells to use glucose for immediate energy. It pulls glucose out of your bloodstream and into your cells to convert it into adenosine triphosphate (ATP)—the cell’s primary energy currency.

If there is excess energy, insulin drives glucose into glycogen creation in the muscles and liver. In a healthy individual, 80-90% of consumed glucose gets stored as glycogen.

When blood sugar levels become low, your body signals the release of glucagon from the pancreas and primarily acts on the liver to raise glucose levels.

Glucagon is usually released in a fasted state and during “fight or flight” moments. In these scenarios, glucagon tells your liver and muscle cells to break down stored glycogen back into glucose. The glucose is then released into your bloodstream so your cells can use it for energy.

When glucose levels drop, glucagon acts on the liver to initiate gluconeogenesis and glycogenolysis.

Gluconeogenesis is the formation of glucose from a non-glucose source such as an amino acid, providing another source of glucose for the blood to raise blood sugar levels.

Glycogenolysis is the catabolic process of breaking down glycogen from the liver and muscle cells into glucose to produce more energy and raise blood sugar levels.

As you can see, the relationship between insulin and glucagon is bidirectional. It keeps your blood sugar levels finely balanced while ensuring your body has a steady supply of energy. But, what happens if there is too much or too little of one of these hormones?

What happens if you have too much insulin or glucagon?

Understandably, this is one of the first questions people tend to ask when they start to learn about insulin and glucagon.

What happens if I have too much insulin?

There are two critical outcomes from having too much insulin.

Put simply—too much insulin in the blood leads to high glucose levels.

What happens if I have too much glucagon?

A rare tumor called a glucagonoma can cause the production of too much glucagon. When your body makes too much glucagon, glucose isn't stored for energy. Instead, it remains in your bloodstream, leading to high blood sugar levels and symptoms of diabetes.

What happens if you don’t have enough insulin or glucagon?

In comparison, low insulin and glucagon levels can also cause health problems.

What happens if you don’t have enough insulin?

Too little insulin is a problem usually seen in people with diabetes. They can have problems producing insulin or using insulin effectively. In type 2 diabetes, the body can still make insulin, but it may not make enough, and/or insulin resistance has developed.

With type 1 diabetes, a person may make very little or no insulin whatsoever. Without enough insulin, your body can’t move glucose from the bloodstream into the cells. This results in high blood sugar levels and a lack of energy in the cells.

Symptoms of low insulin in type 1 diabetes can include weight loss, fatigue, dehydration, and confusion. Therefore, people with type 1 diabetes need to inject insulin to prevent these symptoms, which can be life-threatening.

What happens if you don’t have enough glucagon?

It is very rare not to produce enough glucagon, but it is sometimes seen in babies or can result from removing the pancreas, weight loss surgery, or diabetes.

How to monitor your insulin & glucagon levels

Although you can’t directly monitor your insulin and glucagon levels at home, you can monitor your glucose levels with a continuous glucose monitor (CGM), providing you with the data you need to understand if there is a problem with these hormones.

It can seem a bit daunting to start monitoring your own glucose levels, but the NutriSense Continuous Glucose Health Program simplifies it. It provides you with a CGM, accompanying CGM phone app, and personalized support from Registered Dietitians to help you decipher your data. If you have any concerns about your glucose levels, why not give it a try? 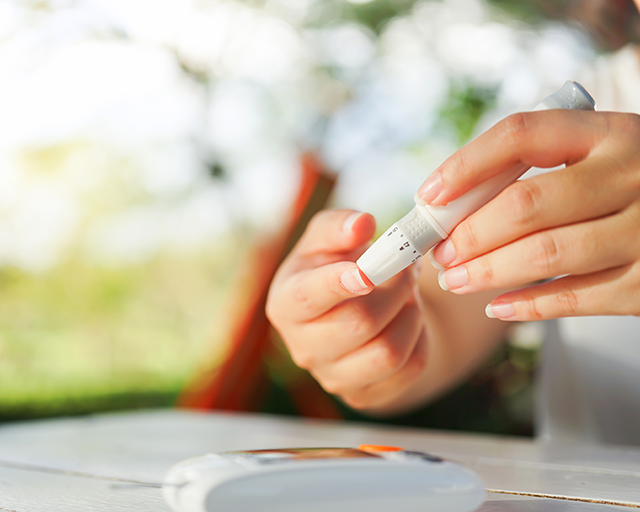 Team NutriSense
Fructose vs Glucose: How They Impact Health Potential
Fructose and glucose are related but fructose may have a negative impact on your overall metabolic health. Here’s how and why. 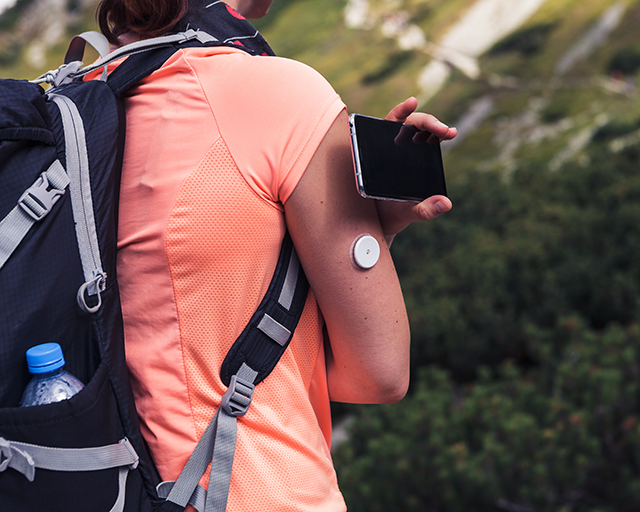 Team NutriSense
Glucose Levels Won’t Go Down? Here’s 14 Reasons Why
It’s important to know why your blood glucose is high and won’t go down, even if you are not a diabetic. Here’s the main reasons why that may happen. 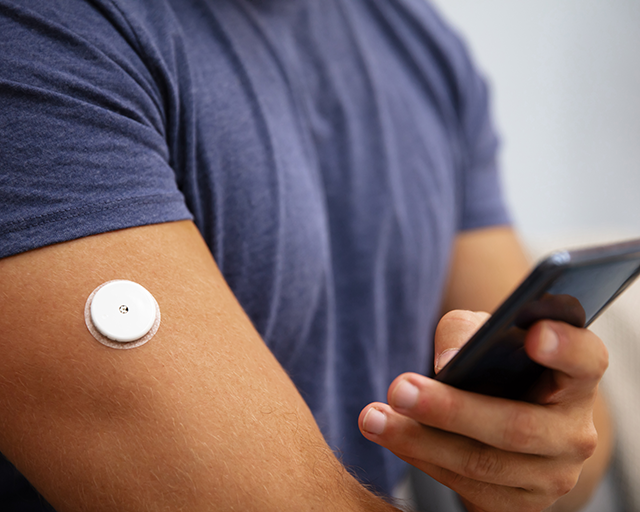 Natalie Carroll MS RDN CDN
How Do Glucose Levels Impact Depression & Anxiety?
Depression and anxiety are quite common. Glucose levels may have an impact and gaining control can be beneficial.

Get Inspiration in your Inbox

Join our newsletter to receive helpful tips and special updates!


Thank you!
Oops! Something went wrong while submitting the form.