The primary way to measure a specific food’s effect on blood glucose levels is the Glycemic Index (GI). The total rise in blood glucose levels, or the “area under the curve,” for the following two hours is then compared to the effect of pure sugar on those levels. Foods with lower GI are going to be helpful to maintain a lower and healthier range after eating them compared to other high GI options. A GI of below 55 is considered low, and a GI of above 70 is deemed high. Those that fall in between are considered moderate. A few things are worth keeping in mind when looking at a food’s GI, however. If it’s a starchy baked food, you’re probably fine taking the GI at its face value. If you’re looking at a fruit or a vegetable, these are typically “born” with a lot of starch. As they ripen or “age,” this becomes broken down into sugars that are rapidly digested, or in other words, the fruit or vegetable does the work of digestion for us. You can find a chart of different fruits and vegetables and their glycemic indices here.

Types of Sweeteners and How They Impact the Body

Sweeteners are a broad category of molecules meant to make the taste buds sense and the brain perceive sweetness.

Sweeteners in this category are naturally occurring molecules derived from plants. The crucial distinction is that the balance of sweetness and metabolic harm is far more favorable than those associated with table sugar. Some examples include stevia, allulose, thaumatin, and curculin. Stevia is the most diffuse example, so let’s take a closer look at how the body handles it and its effects on insulin and glucose levels in the blood. Stevia is digested by bacteria in the large intestine and not directly taken up into blood like glucose, which is half of table sugar by composition. Stevia also leads to lower insulin and blood glucose levels following a meal compared to consuming table sugar.

Industrial food companies synthesize this type of sweetener. Common examples include aspartame, neotame, and saccharin. Aspartame, for example, is sold under the trade names NutraSweet and Equal. Aspartame is rapidly broken down in the small intestine, then its component parts include phenylalanine, aspartic acid, and methanol, but none of them are produced at toxic levels for typical amounts of consumption. Artificial sweeteners tend to provoke a small insulin spike (from the “cephalic phase” of experiencing sweetness). Still, as they aren’t taken up as glucose, their effect on blood glucose levels is small or negligible. Recent studies have found that using artificial sweeteners and table sugar together in abundance is linked to higher insulin resistance.  It’s also possible that artificial sweeteners, which are digested by gut bacteria, may change them and affect our gut microbiome.

These sweeteners are ubiquitous and include examples like xylitol, glycerol, and sorbitol. Since they’re only partially resistant to digestion, there is some effect on glucose and insulin levels. Fortunately, they have fewer calories and adverse health effects than an equivalent consumption of table sugar, so they are an acceptable substitution. However, some people experience GI distress with sugar alcohols, so if you are experiencing symptoms such as bloating or gas, you should limit your intake. They are chains of carbon molecules with an alcohol (oxygen and hydrogen) group attached to each carbon on a biochemical level. They are similar enough to table sugar to produce a subjective sense of sweetness at around 60-70 percent with considerably smaller blood glucose.

These sweeteners are made from sugars chained together, like inulin and oligofructose. Although these aren’t as sweet as table sugar, they are far harder to digest and handled by fermentation in the large intestine. As such, they are considered fibers. In addition to a far smaller blood glucose level response, preclinical studies show that inulin may also help ameliorate insulin resistance. As with other sweeteners, there may be a small insulin spike from the sensation of sweetness, but these fibers are not digested as sugars.

These are probably the worst options so far in this review. You have probably heard and used many of these, such as caramel, golden syrup, agave syrup, and molasses. Although they are composed entirely of simple sugars, there is some redeeming quality in the time it takes for the body to digest and release them into the blood. Caramel, for example, has a glycemic index of 65, despite being composed entirely of sugar, because of the polymerization that happens when you heat sucrose slowly to 340 degrees Fahrenheit. All the same, we would still recommend substituting a whole food or well-studied, safe sweetener from one of the above categories.

Simple sugars like sucrose are common sweeteners, and you can find a comparison between glucose and fructose here. Glucose, of course, has a GI of 100. Other sugars like fructose have more complicated metabolisms and end up converted to glucose directly or shunted through the liver. They will eventually participate in the citric acid cycle as glucose does. Although fructose has a smaller impact on insulin levels, super-doses that exceed typical consumption have been found harmful in small uncontrolled studies.

Healthy Ways to Incorporate Sweeteners into Your Diet

When choosing a sweetener, the GI is a reliable way to ensure it’s not going to cause an immediate spike in glucose levels, with the accompanying insulin spike that can be harmful to long-term health. Although aspartame is the oldest artificial sweetener, that also means it’s been examined for the longest amount of time. More recent sweeteners may also have occasional findings of negative side effects once they’ve been around for decades. What’s important is to discuss with your primary care provider before deciding to ensure it’s best for your unique situation. For example, you may also be maintaining a gluten-free diet and looking for foods suitable for both. 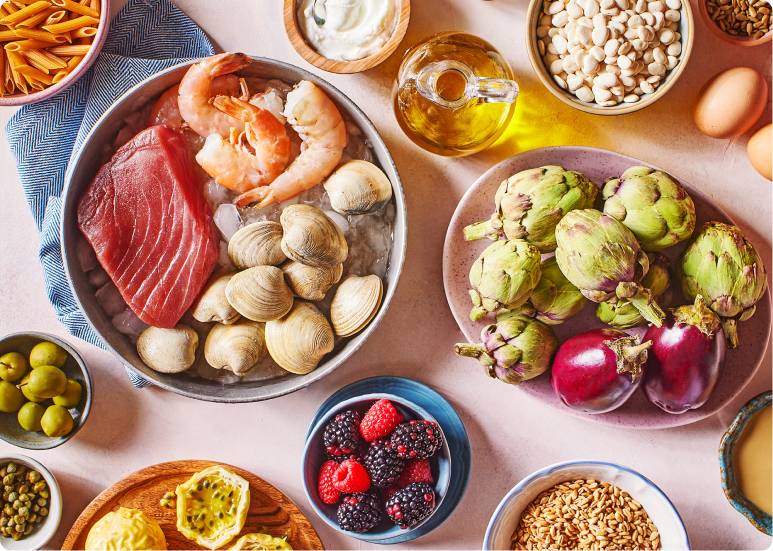